The Day the Waters Came

It’s summer 2005. Maya Marsalis takes you by the hand, sometimes the throat, and leads you through her landscape the day Hurricane Katrina came, the levees broke, the world watched and the US Government did nothing. Go with her as she shows you how her world and that of thousands of black American citizens changed for ever, the day the waters came. 13 plus. 60 minutes.

“Evans’ play has emotional hooks for everyone. Her characters and their lives grip her audience and dole out surprise after surprise as the waters rise..an intense deeply thought-provoking play that lifts the lid on the personal destruction of hurricane Katrina”
Spoonfed Media Online
“A powerful, essential piece of theatre…addresses timeless issues of universal humanity and the human spirit, in ways capable of touching everyone in the family, from teens through pensioners”
Extra Extra
“Empowering, shocking, touching … splendid, seamless script …
Anyone interested in clear, incisive drama should see it”
Reviewsgate
“That the play is written with such energy and life only makes its subject matter that much more poignant… moments of comedy are contrasted with moments in which the tension renders the theatre so quiet one could hear the proverbial pin drop”
TheatreFix 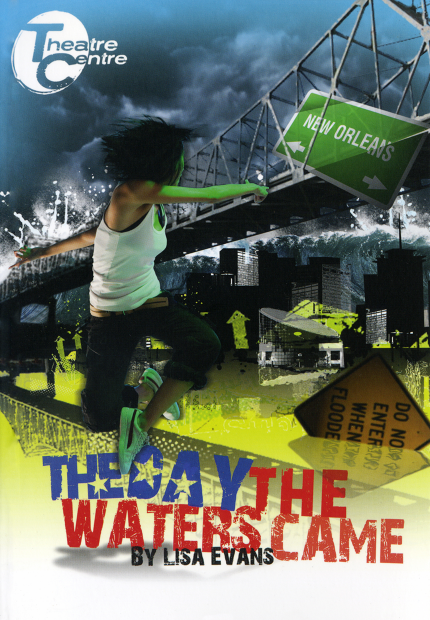