It’s Ella’s last day at primary school and her last chance to show she’s more than just the shy new girl. If only her Mum could watch her race, but that looks about as likely as her team winning gold.This funny, heart-warming musical follows four students and their teacher Mr Budge in a story of falling over, getting up and carrying on.

“A charming ensemble that will delight primary school audiences…I do not think it could be bettered”
Plays to See
“The new musical is the most difficult of forms; it’s cheering to see a show that uses, for once, fresh material instead of adapting it..RUN!! has real potential”
The Guardian
“A vibrant musical which focuses on the perils and pleasures of growing up”
Reuben Reviews 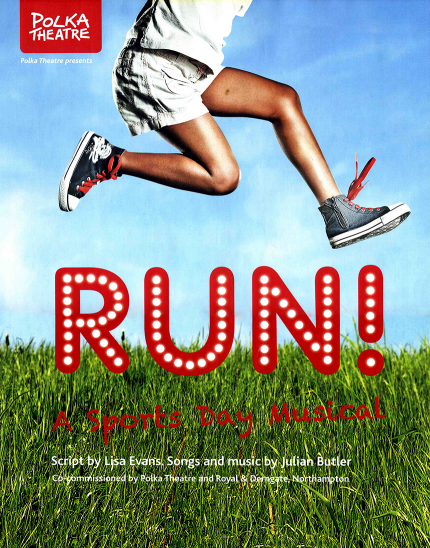